Government and private sector initiatives and multi-billion-dollar investments into the country’s technology sector are putting Brazil, and especially São Paulo, in the tech industry spotlight.

The Association for the Promotion of Brazilian Software Excellence (Softex) predicts that the tech industry in Brazil will create more than 1.3 million jobs, with about 48,000 vacancies that, if not filled by 2020 will result in losses to local companies of $28 billion. Investments into the country have increased, and in May of this year, SoftBank launched a $5 billion fund aimed at investing in technology start-ups across Latin America, focusing on industries such as IT, e-commerce and health care. Brazil receives 40 to 50% of large company investments with Mexico coming in second, resulting in two-thirds of investments focused on these two countries. From 2012 to 2018, private tech companies in Brazil received over $4 billion in investment funds, with taxi-hailing app 99 and fintech company Nubank receiving the largest amounts, according to research from CB insights.

São Paulo in particular has become a tech hotspot with over 2,700 tech startups, four of which are Brazil’s startup unicorns. The city benefits from government initiatives as well as support from high-profile companies like Google and Facebook. In 2015, the city government launched the SP Stars incubator, which chooses tech startups to provide mentoring and support from a wide range of companies. It also launched São Paulo Tech Week, where innovation and technology come together through workshops, presentations and discussion panels with investors, startups, and universities. Google Campus São Paulo opened in 2016, offering events and advice for new startups, while the city was chosen as the third location for Google’s Launchpad Accelerator program to provide training, support and equity-free financing to select startups.

Along with these investments comes the need for skills development to meet the demand created for talent in the industry.

Despite reports of a widespread skills gap throughout Latin America, there is ample evidence showing that Brazil’s tech skill development efforts are thriving. The Grow With Google program has recently come to Brazil where students, job seekers, startups and established businesses can receive tech skills training to grow their careers and businesses, with at least 17,000 people benefitting from the program since last year. In 2017, Facebook opened a training center in São Paulo for computer coders and future entrepreneurs. The Argentinian company Digital House also established a base in Brazil, where it offers digital training, talent development and networking events for those looking to grow their tech career.

Women in particular are benefitting from programs aimed at developing their tech skills. For example, Google’s WomenWill program recently arrived in Brazil and focuses on developing digital literacy and fostering entrepreneurship and leadership qualities. Similarly, Labratoria has become a hub for developing the talents of females in the tech industry across Latin America, with a new training center opening in São Paulo. As a result of these trainings, more than 1,000 women have graduated and more than 80% of them are working in technology in over 400 companies.

These widespread efforts to develop and train tech talent in São Paulo, coupled with lofty investments from the government and the private sector, put Brazil in the tech spotlight. From startups to major conglomerates, jobs are being created across a wide range of exciting sectors in São Paulo and public and private initiatives are mobilizing to develop the talent needed in São Paul and Brazil as a whole as it seeks to grow its economy. 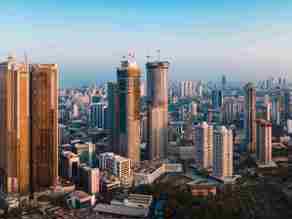 How Indian Executives and HR Responded to COVID-19

New research from India shows what HR professionals and executive management are focused on in response to the COVID-... 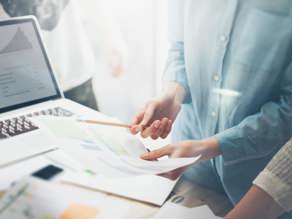