U.K. voters award the Conservative Party an overwhelming majority in Parliament, making Brexit a near certainty.

United Kingdom voters took to the polls in a special general election yesterday to determine who would control the U.K. Parliament and ultimately the fate of Brexit. UK Prime Minister Boris Johnson and the Conservative Party which support Brexit won an overwhelming majority, setting the stage for likely swift passage of legislation for the U.K. to withdraw from the European Union (EU). The Conservative Party will have its largest majority in decades holding 364 out of 650 seats in the U.K. House of Commons.

With the special election now over, there is nearly certain that Brexit will occur and there is a clearer path forward for the timeline and terms, barring any unforeseen developments. PM Johnson has stated the new Parliament will vote on his Brexit agreement next week and the U.K. will leave the EU by the current deadline of 1 January 2020. PM Johnson also has also indicated that the transition negotiated period for Brexit to 31 December 2020 will remain in place.

The U.K. soon will be able to engage in earnest negotiations on trade agreements with other countries, allthough the agreements could take months or even years to negotiate and implement. During the transition, the U.K. will adhere to current trade agreements previously reached by the EU. Following the transition when it is no longer part of the EU Customs Union, the U.K. will not be part of the EU single market for uniform trading rules within the EU.

The withdrawal of the U.K. from the EU will have a significant impact on workforce mobility. Not just from the perspective of separate regulations on business immigration and other policies impacting transferees, but also from a larger European operational perspective. Companies will now need to take into consideration that the U.K. will not be part of the EU as executives determine where to locate their operations. 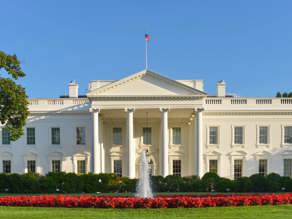