Weighing a myriad of considerations, the issue of whether to use vaccine certificates will be of utmost importance to the mobility industry.

Around the world, the widespread distribution of COVID-19 vaccines is well underway, leading companies to weigh their options in requiring vaccines for their employees. This has sparked a crucial debate around vaccine certificates that will play a major role in determining who in the mobility industry can truly be mobile. Weighing a myriad of considerations, the outcome will be of utmost importance to the mobility industry.

The International Health Regulations (IHR) were first adopted by the World Health Assembly in 1969 and revised in 2005. The regulations are a legally binding instrument of international law focused on the prevention and containment of public health risks. The current IHR (2005) provides for the global applicability of the yellow fever vaccination certificate and while it works for yellow fever, this solution may not be viable for a global pandemic.

How are governments around the world using vaccine certificates?

The United Kingdom Government has announced that the NHS app will be available as evidence of vaccination; Spain is introducing a vaccination certificate; the EU has given its unanimous support to a digital Covid-19 certificate which will take effect as from 1 July to support the movement of EU citizens around the EU and boost tourism; China has launched its own version of a vaccine passport and Japan is keen to follow in the EU footsteps.

These initiatives demonstrate the global desire of governments to get citizens moving again and to allow for safe entry into their country. However, these separate solutions do not guarantee interoperability or acceptance at any port of entry in the world. For example, the EU and the U.K. already have a different approach to entry and exit eligibility for various countries, including each other.

We are seeing both airlines and governments starting to either mandate vaccination or proof of a negative test as a requirement to board flights or give concessions on entry or to reduce quarantine requirements. While governments can impose and give clear outlines in terms of what they will accept, it does not mean that reciprocal arrangements will be made for their citizens travelling abroad. Therefore, without a clear global alignment, global travelers will potentially face a myriad of different requirements. There is also the fraught question of whether employers can or should mandate such vaccination for work-related travel to a country which makes vaccination a condition of entry.

Key considerations for a global solution to vaccine certificates

On 14 January 2021, the WHO released an advisory note in which they encouraged “national authorities and conveyance operators… not to introduce requirements of proof of Covid 19 vaccination for international travel as a condition for departure or entry.”

In an interim position paper released the following month, the WHO set out four key considerations that need to be taken into account as part of a global solution offering. These considerations are scientific, ethical, legal and technological.

While the scientific and technological barriers may eventually be overcome, the ethical and legal hurdles for what will necessarily be an internationally verifiable digital identity may be more challenging. Citizens will need to consent to sensitive personal details not just being linked to their vaccination status, but being shared with foreign governments. This is a highly sensitive issue: ten years ago, proposals for ID cards were scrapped in the U.K. after concerns including data breaches, privacy, and the rise of a ‘surveillance society.’

Those concerns will not go away just because there is a pandemic. There are justifiable concerns that a vaccine certificate, however presented, will appear divisive and discriminatory against those unable to be vaccinated for health reasons. It’s also important to consider equity of distribution and access in different parts of the world, which will play a large role on who can even secure such certificates. In addition, many countries have divergent policies on vaccine eligibility, and there is the ever-present concern over fraud and vaccine certificate forgery.

Many syndicates and collaborations are already underway and working through the complexities of this next challenge. While different jurisdictions will continue to offer interim solutions, a true global solution is still a little ways away.

And yet, in the unprecedented emergency that is this pandemic, digital credentialing may well benefit domestic and international travelers, and the wider economy. In this scenario, individuals will hold a dynamic digital identity solution on their mobile device enabling more seamless domestic and international border crossing, allowing physical returns to workplaces, classrooms, restaurants, and entertainment venues to name a few. While employers will need to work through key considerations, the wider recognition and usage of certificates may indeed enable increased levels of workforce mobility in this new normal.

Should any members have questions regarding this information, please reach out to our Vice President of Member Engagement and Public Policy Rebecca Peters, rpeters@worldwideerc.org. 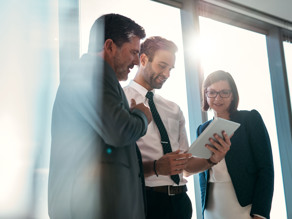 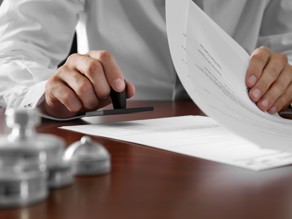