Courts Divide on Maximum Penalty for Failure to File FBAR

Recent court decisions highlight an issue with respect to computation of the penalty for willfully failing to file a report of foreign financial account.  The difference in the applicable penalty can be substantial.
‍

Schedule B of the U.S. Form 1040 tax return includes an often-overlooked question as to whether the taxpayer had signature authority over any foreign financial account, such as a bank or securities account.  Many U.S. expatriates working in foreign countries undoubtedly have such accounts, as do numerous foreign nationals residing and working in this country. Indeed, the relevant accounts include even accounts in foreign branches of U.S. banks, if the account is held by a U.S. person.  If the aggregate amount of such accounts exceeds $10,000 at any time during the year, the taxpayer is required to file a separate Treasury Department Report of Foreign Bank and Financial Accounts (usually referred to as the “FBAR”) by April 15 of the following year.

The penalty for failing to file is severe; even a non-intentional failure is subject to a penalty of up to $10,000, while the penalty for a willful failure can be the greater of $100,000 or 50% of the amount in the account.  Moreover, the penalty can be applied to each account not reported, and for each year that no report was filed.

Recent cases have differed on the maximum amount of the penalty for a willful failure to report.  Although most taxpayers who do not report do so out of ignorance, and do not consider the failure to be willful, courts have tended to expand the definition of willfulness, which includes reckless disregard of the filing requirement, to include cases in which taxpayers whose returns were prepared by others knew of the accounts but failed to review the return to confirm that they were disclosed.  Consequently, there have been increasing instances of application of the harsher penalty.

Four recent cases disagree, however, as to the allowable amount of the penalty.

Currently, the statute says that the maximum penalty is the greater of $100,000 or 50% of the amount in the account.  However, prior to its amendment in 2004 to state the penalty as above, the statute said the maximum penalty was the amount in the account, “not to exceed $100,000.”  Treasury regulations under the earlier statute adopted the $100,000 limitation.  The difference in those standards can be substantial.  For example, if an account contains $500,000, the penalty under the current statute could be as much as $250,000, while the penalty under the earlier statute and regulations would be limited to $100,000.

Despite the 2004 amendment to the law, Treasury has never amended the regulations to reflect the higher maximum penalty.  Indeed, it has continued to include the regulation in its annual inflation updates, so that the maximum amount permitted under the regulation is now $126,626.  However, in practice IRS has sought to impose the higher penalty authorized by the 2004 law.

Four recent cases have wrestled with that discontinuity.

In United States v. Colliot, W.D. Tex, May 16, 2018, the District Court held that the IRS, having failed to amend its regulation, remained bound by the maximum $100,000 penalty, notwithstanding the 2004 statutory amendment.  It held that the 2004 statute did not supercede or invalidate the regulation.  The court in United States v. Wadham, D. Col, July 18, 2018, reached the same conclusion.  The government has moved for reconsideration of those decisions and is expected to appeal if unsuccessful.

In the meantime, the Court of Federal Claims has disagreed with the Colliot and Wadham decisions in two recent cases, Norman v. United States (Jul. 31, 2018) and Kimble v. United States (Dec. 27, 2018).  In both, the court held that the 2004 statutory change overrode the earlier regulation, permitting penalties exceeding $100,000.  These cases also are likely to be appealed.

Consequently, the potential amount of a penalty for willfully failing to file FBARs is currently uncertain.

Worldwide ERC® has regularly reminded members that the penalties for failing to report foreign accounts can be substantial, and to make sure expatriate employees are aware of the requirement.  These recent cases illustrate the severity of potential penalties and underscore the need to ensure awareness of the filing requirement. 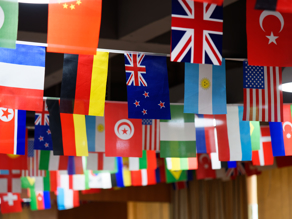 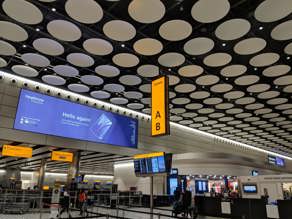 The U.K.’s points-based immigration proposal could impact the recruitment and retention of EU talent to and from the...