DOL and DHS Rules That Restrict High-Skilled Visas Struck Down

On 1 December, a U.S. District Court set aside two interim final rules (IFRs) from the Department of Homeland Security (DHS) and the Department of Labor (DOL) that would make hiring foreign national workers more difficult.

On 1 December, the U.S. District Court for the Northern District of California set aside two interim final rules (IFRs) from the Department of Homeland Security (DHS) and the Department of Labor (DOL) respectively that would make hiring foreign national workers more difficult.

What are the two Interim Final Rules on H-1B Workers from the DHS and DOL?

The IFR released by the Department of Homeland Security (DHS) aims to strengthen the H-1B nonimmigrant visa program to guarantee that only “qualified” H-1B petitions are approved. However, these restrictions will make it more difficult for employers, in particular those providing services, to hire high-skilled foreign nationals. It does this by narrowing the definition of “specialty occupation,” requiring companies to close hiring loopholes and only making “real” offers to “real employees,” and strengthening the DHS’s compliance enforcement abilities through worksite inspections conducted through the entire H-1B petition process. Worldwide ERC® signed onto a comment letter with 11 other associations challenging the DHS's new rule.

The IFR released by the Department of Labor (DOL) would require employers to increase what they pay H-1B beneficiaries. Administration officials have argued that the H-1B visa program has been taken advantage of to the detriment of U.S.-born workers. This led the DOL to require employers to pay H-1B recipients the higher of the prevailing wage as determined by a formula set forth in the IFR, or the actual wage the employer pays its non-H-1B holders who hold a similar position. These wage increases will make it difficult and, in some cases, cost prohibitive for companies to hire high-skilled foreign nationals that fill critical roles in the U.S.

What is the status of these Interim Final Rules?

In Chamber of Commerce, et al., v. DHS, et al., the U.S. District Court for the Northern District of California found that key procedural steps had been skipped without justification in administering the two IFRs. The Court ruled that the justification by the Administration to use “good cause” with the current U.S. high unemployment rate due to the COVID-19 pandemic was insufficient to bypass proper regulatory process. As a result, the two rules were set aside, essentially blocking the enforcement of the DHS rule and implementation of the DHS rule scheduled for 7 December. It is currently unknown whether this ruling will be met with legal challenge or whether the Administration will issue new rules by the end of the year using the proper regulatory process.

This ruling is good news for the workforce mobility industry, as the hiring of foreign nationals in the U.S. is one of the many bedrocks to workforce mobility. These new rules would severely restrict companies’ ability to hire high-skilled foreign talent by imposing additional restrictive criteria and raising the wage of H-1B applicants. The two rules would put companies in a difficult position, requiring them to pay foreign national workers more than their U.S. workers in order to fill key positions.

While this is a positive step for workforce mobility, an additional federal rule is in process that aims to further tighten the H-1B process. Under a new rule from the U.S. Citizenship and Immigration Services (USCIS), the USCIS will prioritize the selection of H-1B cases based on the highest wage levels established under the Standard Occupational Classification (SOC) codes within the subject area of employment. The proposed rule change severely limits the amount of high-skilled foreign talent U.S.-based employers can hire. Worldwide ERC® filed a comment on the wage-based rule, requesting that the USCIS delay its implementation of the rule until Fiscal Year 2023 H-1B cap season. 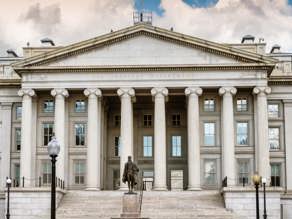 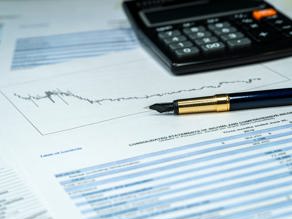