The pandemic sparked a mass exodus from expensive cities as newly remote workers were given the freedom to work from anywhere. Many of those workers who relocated to areas with a lower cost of living are now frustrated to find that their compensation may be cut if they continue to live in a less expensive city than the city where their office is based.

Despite widespread frustration among remote workers, employers are using location-based pay cuts to encourage their workforces to use their enormous investment in offices.

Google employees who move to less expensive parts of the country will see a pay cut, and the tech behemoth recently launched a tool that allows employees to see how much less they’ll be paid. According to Reuters, Google’s employee pay cuts will be anywhere from 5 to 25 percent.

Google is just one of several large tech companies that plan to lower pay for remote workers who’ve moved away from the expensive areas where their headquarters are located. Other notable companies with location-based pay scales include Facebook and Twitter. Despite these companies being highly desirable employers, a survey by workplace community app Blind found that 68% of respondents would think about leaving the company if they moved and had their pay cut.

Thirty percent of Google workers relocated during the pandemic. Some Googlers have already shown a willingness to leave the company over what some have called hypocritical remote work policies. Tech companies are already struggling to find the workers they need, so while potential repercussions for cutting workers’ pay may not be immediate, alienating the existing workforce may backfire on companies.

According to a survey of 753 organizations by compensation data company Salary.com, 95% of companies said they would not lower pay for fully remote workers. Many respondents reported that the location-based pay cuts are bad for worker morale, performance, and retention when asked why.

If cutting pay based on location is so widely disliked by employees, why are companies considering this policy?

Although remote workers have proven productive in the short term, companies worry about the long-term effects on productivity and innovation, which typically happens as a collaboration among people.

Companies with location-based pay cut policies hope that reducing salaries will disincentivize people from moving away from the office. Equity in compensation is another reason for continuing location-based pay policies, and there’s the economic rationale. If global tech companies paid all their workers — from San Francisco to Bangalore — the same, it would be very expensive.

In opposition to location-based pay cuts, more companies are adopting a national pay median for each position. Tech companies including Reddit and Zillow have shared their non-location-based pay plans. Dan Spaulding, the chief people officer of Zillow, said, “When you work for Zillow, your long-term earning potential is determined by how you perform and will not be limited by where you live.” Smaller tech companies could follow suit and establish more generous remote policies to compete with big tech companies.

Skilled workers have options if their pay is cut in response to a relocation. Employee turnover is expensive — it can cost a company a third of an employee’s salary — and more than half of workers are willing to quit over pay cuts. Despite Google’s confidence to motivate workers to live near its offices, it remains to be seen if these location-based pay cut policies will stick around for the long run. 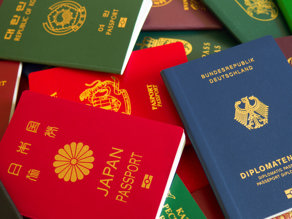 The power of a country’s passport rises and falls and serves as a reliable barometer of its citizens global opportunity.

Municipalities are competing for knowledge workers harder than ever before with creative appeals to the remote workfo...