Home, Sweet Home? On Expats Returning to Their Home Countries

This article originally appeared in the March 2017 edition of Mobility Magazine.

“Repatriation” is usually associated with the positive emotions of the expat returning “home.” However, there is another side to it that should be considered.
‍

It is well-known that assignments that require expats and their families to relocate from their home country can be daunting.

This is especially true when the host country is vastly different from their own. Initially, this requires a lot of thinking, debating, and discussing with the family, as it involves accepting changes in their lives at all levels. This calls for preparation to begin life in a new environment, to work with people of a different ethnicity and cultural milieu, and to give up many things assignees and families are used to in their home country.

Now picture this: At the end of an expat assignment, which usually lasts from one to five years, having lived in a new country and embraced a different culture, do expats and families always consider it happy news that it is time to return home? Ideally, it should be—and it is for many. But there can also be a layer beneath that emotion that doesn’t surface until one delves in a little deeper.

What follows are interviews with expats about the changes they encounter, both at work and in their social lives, when they consider their return home, and what those changes mean for both the employee and family members. It is also interesting to study the contrast in the emotional experience of an expat at the time of relocation and again at repatriation.

Related: How to Choose an International School When Relocating Abroad

Hedwig Baars, who is Dutch, moved from his home in the Netherlands to live as an expat in Japan, Beijing and India. He is one of those expats who was happy to return home so he could be with his children.

Coming from the software development/information and communications technology (ICT) industry, he played a key role as a leader in carrying the best of the Western culture with him while embracing that of the East.

It wasn’t easy at the beginning. He had his share of struggling to accept the traffic, chaos, pollution, and the language barrier in China. In India he found the infrastructure as exasperating as the hospitality was endearing. At work, he discovered that he was dealing with smart, hardworking, competitive people in China and an abundantly talented and loyal workforce in India. The challenges in his more than three-year tenure in India ranged from understanding the difference in the way Indians value time to never-ending negotiations and the uncanny art involved in saying no.

On a positive note, he believes learning and experiencing a new culture and understanding its social fabric makes a person richer. He used the opportunity to share the best practices with his colleagues back home. A key cultural insight he held onto was the notion that there is wisdom in taking more time to discuss and clarify details before a project takes off. Baars was happy to leave behind the weather and infrastructure in India and the chaos and the water in Beijing. Though going back home meant being close to family, he knew that it probably wouldn’t really be “home” for long, as another destination would be offered soon enough.

Len Curran, who lived in the U.K. and has been on expat assignments to France and India, has a different story.

As vice president of sales and marketing for Renault India, he had a memorable and successful expat assignment that lasted three years. Initially, India was a bundle of challenges. He found all his senses were awakened, everyone looked different, everything was different—noise from the vehicles, smells and tastes, touch and feel, heat and humidity.

“Nothing really prepared me for the huge difference between India and other countries—at first I thought I was on a different planet rather than in a different country. It was amazing, exciting, and scary at the same time.”

Yet he found his overall experience infinitely rewarding, as he learned so much by listening, observing, and accepting cultural differences with an open mind. He was amazed at how a mix of modern technology functioned perfectly beside traditional methods that are still in use in India today. It was this capacity to cope with huge diversity in all areas that made India unique for him.

Curran observes that there was a last-minute mentality toward deadlines that could put a European mind into panic mode. But he soon learned to work in harmony with this “organized chaos.” He took home the universal truth that people are the same wherever you go—they respond to motivational leadership and take pride in doing a good job and being recognized for it.

For a long time, he was impatient to move back home, but when the day finally came he actually regretted that he could not stay in India longer. He confesses he had fallen in love with the country and all its peculiar ways. He had come to terms with and even embraced the differences that make India what it is, and he didn’t want to let go. He was very sad for many months thereafter. His family shared the same emotion. India had gripped them. He took home with him the passion of his team and the ability to work with a mindset that nothing is impossible—though he does admit that he was happy to leave behind the heat and humidity.

Today, the challenge of adapting to and embracing a new environment makes him open to a new expat assignment.

Read the rest of this article in the March 2017 edition of Mobility Magazine.

Want more great information about transitioning into and repatriating from mobile assignments in India? Consider attending the India Global Mobility Summit this October in Bengaluru. Register today to reserve your spot and hear from mobility professionals with extensive experience working in India. 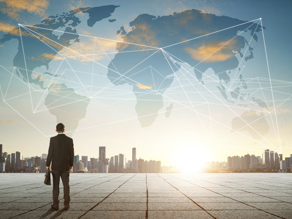