This past weekend, hundreds of thousands of Hong Kong citizens took to the streets to again protest proposed changes to lessen the autonomy of the city from the rest of China. The protests were the eleventh weekend of demonstrations, which started with millions of Hongkongers turning out to demand government reforms and express their opposition to a controversial extradition bill that would allow a person arrested in Hong Kong to face trial elsewhere, including in mainland China.

With the Hong Kong airport—one of the top 10 busiest airports in the world—shut down by thousands of protesters, workforce mobility was significantly impacted. Hundreds of flights in and out of Hong Kong were canceled for two days, distributing travel for thousands of business travelers. The protest prompted the U.S. and about two dozen other countries to raise their travel warnings to Hong Kong, advising travelers to exercise more caution.

While Hong Kong authorities are no longer pressing for passage of the legislation, the protests continue as Hongkongers continue to demand autonomy from the rest of China. Critics of the legislation feared the bill would allow Chinese officials to detain anyone seen as a threat, as the separation does not just apply to citizens of the city, but also to foreign nationals living in Hong Kong, as well as those traveling there for business. Under the proposal which Beijing-backed Hong Kong Chief Executive Carrie Lam has suspended indefinitely from consideration, assignees could be extradited to China, thus raising a level of concern for those living or being relocated there.

The treatment of Hong Kong could also have a lasting and long-term impact on workforce mobility as businesses operating in Hong Kong become concerned about both their own and their employees’ autonomy, and the possibility of being subject to Chinese law.  The Chinese government, however, is aware of this delicate balance and does not wish to undermine Hong Kong as a strong financial and business hub for the country. 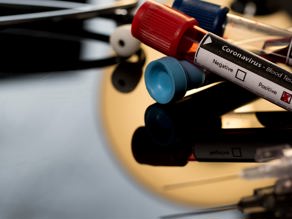