Innovation Takes Off at Munich Airport

Are you a frequent global business traveler in search of more efficient and productive ways to use your in-transit time? Do you seek solutions that go way beyond what frequent flier or business lounges, charging stations and various on-ground and in-air WiFi plans can currently offer?

Germany’s Munich Airport could significantly alter the way we combine travel and work. An early March announcement from the airport outlined details surrounding the launch of LabCampus, a future-focused, interdisciplinary center for idea sharing, testing and innovation, which will be housed on the airport grounds. The idea is to capitalize on the volume of visitors the location sees every day – some 150,000 – and the ease of global access to and from other locations via its position as a major global gateway. LabCampus is designed to create the infrastructure and environment necessary to foster greater connectivity between start-ups, long-standing industries, researchers, developers and investors.

"In the age of globalization and digitalization, airports have to blaze new trails to find and retain competitive advantages. In that regard, LabCampus is a step that anticipates the future,"
– Dr. Michael Kerkloh, CEO and President of Munich Airport.

LabCampus will be centered within a transportation hub that currently connects more than 260 worldwide locations, and within Germany’s second largest employing region, home to a wide-ranging blend of industry sectors and universities, according to www.muenchen.de. The development will provide opportunities for collaboration between high-tech, aerospace, digitalization, energy, mobility and academic institutions. According to Munich Airport’s announcement, potential key partners include such companies as Siemens and Design Offices and research organizations like Fraunhofer Institute, Friedrich Alexander Universität Erlangen-Nürnberg and UnternehmerTUM, a start-up incubator connected to the Technical University of Munich.

Flughafen München GmbH (FMG), the airport operating company, will not only build and host the site, but will play an active role in bringing together the right blend of participants to continually develop and foster the LabCampus concept and growth.

Development will occur in phases. The airport’s January 2018-launched Information Security Hub (ISH) cyber security center – housing training rooms, IT labs and a presentation plus briefing theater – is a key part of phase one. The first quadrant will house approximately 120,000 square meters of labs and offices and is expected to be ready for occupancy in just over two years. The entire, 500,000-square meter development is slated for completion by 2025. 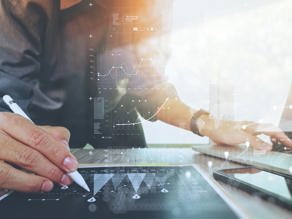 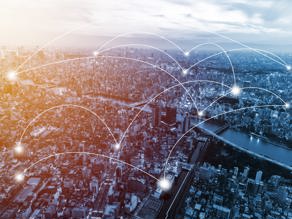