Is the End Near for the Global Race to the Bottom on Corporate Tax?

New details have emerged on the advance of a historic global tax plan that would apply to multinational companies regardless of where they maintain their headquarters.

On 1 July, broad agreement was reached among members of the Organization of Economic Cooperation and Development (OECD), with 130 of their 139 participating countries agreeing in principle to the key elements of a two-pillar global tax initiative, introduced by U.S. Treasury Secretary Janet Yellen in July. Implementation is slated for 2022.

The proposal is based on a two-pillar approach to the level of taxes multinational companies will pay. The first pillar calls for revising profit allocation and nexus rules to give taxing rights to market countries, impacting the most profitable companies in all countries in which they operate – not only where they have their headquarters.

The definition of which companies fall under this pillar is being negotiated, but the U.S. Treasury proposed in April that it be roughly 100 of the largest, most profitable multinational enterprises (MNE). But this and other determinants, such as revenue thresholds or tax certainty, are subject to change, or are possibly subject to change based on an analytical review after a 7-year test run of the Plan.

The second pillar (also referred to as the “GloBE” proposal) calls for MNEs to pay a minimum level tax based on a yet-to-be-determined rate (A 15% rate has been proposed) and to coordinate rules to prevent shifting profits to other locations.

Much of the framework is based on work done in the past several years on the G-20 mandated Base Erosion & Profit Sharing (BEPS) initiative, sought to address corporate tax avoidance that allocates corporate earnings disproportionally to low tax countries.

Secretary Yellen joined governments from around the world and hailed the inclusive framework’s announcement by saying, “Today is a historic day for economic diplomacy” in a 1 July statement, adding the end is near for a race to the bottom on corporate taxation. However, it remains to be seen if continued negotiations will be fruitful and lead to approval or merely a start to a difficult process of implementation, according to Daniel Bunn of the Tax Foundation. Implementation would need to be achieved in each individual country. For the U.S., in particular, the global corporate minimum tax would have to be passed by Congress and signed into law by the President.

While there are not enough confirmed details for businesses to start preparing for change, business can realistically begin to model out the effects of this on their worldwide group. The 130 countries that are in support of this plan account for 90 percent of the world’s economy, so despite differing views on particular points within each pillar, the general consensus is one of cautious optimism, as everyone awaits developments from continued talks in the months ahead.

International tax laws are complex and may affect multinational corporations to a greater degree than smaller companies. Even more so, a failed overhaul of these laws will affect the mobility industry nonetheless. Whether the confluence of ideology and economic theory will bring compromise or confrontation is still unknown, but the U.S. does not want multinational businesses to view it as a high tax country. Such a global view incentivizes companies to place assets offshore - or worse, encourage the tax avoidance method of inversion in which a current U.S. parent company becomes the subsidiary of the foreign parent, thus moving its tax residence to the lower-taxing foreign country. It benefits us all to retain and encourage U.S. investment.

Should any member have questions, please reach out to our Vice President of Member Engagement and Public Policy, rpeters@worldwideerc.org.

Join Worldwide ERC® Public Policy Leaders virtually on 5 August, 2021, at 11:00 a.m. ET as we discuss what to expect in the coming months and how you can play a part in our advocacy efforts in the webinar “Will the U.S. Business Tax Rate Change – and Will It Affect You?”

As we emerge from the global pandemic, we find ourselves already half-way through the first year of the Biden Administration and the 117th Congress. Will federal policymakers be able to reach agreement on top issues of concern to the global mobility and relocation industry – and what might the implications be on U.S. businesses? Will the business tax rate change? What is the current state of all-things real estate and mortgage? What other public policy surprises could be on the way? 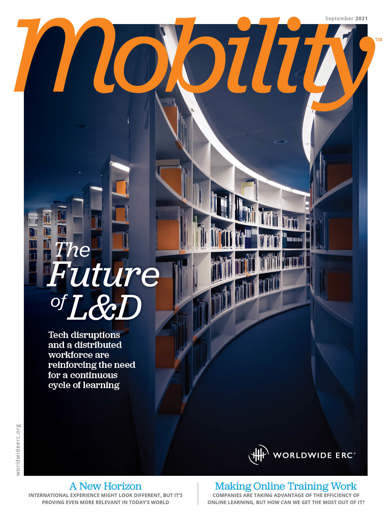