What does it take to successfully relocate? Being open to trying new things, perseverance, creating a new circle of friends and getting involved, say 13 high school students who should know. Their experiences, documented in personal essays, earned them $1,000 scholarships this spring through the Worldwide ERC® Foundation for Workforce Mobility and participating regional relocation groups.
For Joe Hawkes, moving has been a way of life – one he initially feared but today embraces. “I have attended nine different schools and have lived in more places and moved more than most people will in their lifetime,” he says. The perpetual “new kid,” he learned to view moving as an opportunity. “An opportunity to meet new people, to learn about a different community, and be involved in another school,” he says. “Moving around the country, although difficult, has had a big influence on who I have become.”
Tiffany Lau’s family also moved frequently – ten times, in fact, including a stint in China. “When I lived in Taiwan, most people spoke only Chinese. I immersed myself in the culture: I read regional newspapers and watched local television. Although neither of my parents was proficient in Chinese, I was able to speak, read, and write Chinese by ten-years-old,” she says. “In Shanghai, I visited hole-in-the-wall shops, back streets with authentic food stands instead of Yuyuan, and sought out cheap trinkets and warm locals. I seized the opportunity of living abroad to break out of the international school bubble.”

Each year, Worldwide ERC® and participating Worldwide ERC®–recognized regional relocation groups invite high school students with relocation experience to submit essays sharing their personal stories, what they learned from their move (or moves), and/or what advice they might have for other young students going through the same process. Regional groups select an award-winning essay, and the students receive funds in support of future endeavors. In 2020, the Foundation and participating regional relocation groups granted a total of $13,000 to 13 high school students around the country.

2020 scholarship winners and their supporting organizations include:

Each recipient’s relocation story is unique, personal and inspiring. Here are excerpts from more of their award-winning submissions. In this first of a two-part blog series, we introduce you to some of this year’s recipients.

Home isn't just a place: it is the people you feel at home with.

Adam Scott moved from Austin to Seattle his senior year of high school. “The crucial component to moving, in my experience, is establishing solid and positive relationships with people in your new community. At first, attending a new high school in my senior year felt like an impossible challenge. Most people already had established friend groups, and Roosevelt High School was nothing like the school I attended in Austin. Despite these challenges, I found my place at the school and found ways to get engaged with the student body during lunches and at school assemblies. The most important group I joined was the debate team,” where Adam says he made lasting friendships.
What he’s learned through this experience? “Home isn't just a place: it is the people you feel at home with,” he says. “That's why it is so important not only to reach out and connect with new people in your new home, but also to remain committed to the relationships you have at your old home.”

As a high school freshman, Victoria Moreira left her mother and home in Brazil and moved to Miami and later Boston to pursue the American Dream. Her goal was to master English and attend an American university. Along the way, she learned that the challenges she encountered in assimilating into unfamiliar surroundings were shared by many other high schoolers.
“I realized that many students struggled to navigate the complex options offered at our school. From knowing the requirements for graduation to how to pick an academy to join, they were very confused,” she says. “ So, I started the program Hi-Guides, whose name was inspired by our school mascot Harry Hi-Tide, to share crucial information about the opportunities offered at our school with my peers. I wanted to make sure students had the knowledge they needed to advocate for themselves, no matter where they came from. Just like I did when I came to the U.S., I wanted to show that they had their voice and could use it at our school.”

Had I never moved, I would never have been courageous enough to tackle such an immense project.

Claire Murphy admits she was not particularly excited about her family’s move from California to Austin before her junior year of high school. She was leaving friends, a successful track and field season and an after-school job she enjoyed. At first lonely and hopeless, she stepped out of her comfort zone to initiate new friendships and involvement. But she continued to note the highly competitive school’s lack of support and resources for students’ mental health concerns. And, she recognized a greater opportunity for her to make an impact. After earning a spot on the student council, she developed a never-before-seen project to address the lack of mental health awareness and support at the school.

“I coined it the WHS Self-Care Fair,” she says. “With 24 community professionals in attendance and hundreds of students filtering through the fair, the event was a huge success. Students explored community resources while receiving advice and learning techniques to help them in their daily lives at school. As I watched students interact positively with professionals, I couldn’t help but smile. I was proud to have piloted a groundbreaking event at my school, but I am even prouder to see a class of students more empathetic, knowledgeable and aware of mental health than those preceding them. When I remind myself that the entire fair spawned from my decision to step out of my comfort zone and seek out a Student Council position, I am amazed. Had I never moved, I would never have been courageous enough to tackle such an immense project.”

For Canadian hockey player Jeremy Bourbeau, moving to Houston was a sports culture shock. However, his willingness to try out cross-country instead created a new circle of friends and skills that helped his team break records and place fifth in state. He embraced challenges in the classroom head-on as well. “My previous education had been in French, and the almost instantaneous change to an English environment was a shock. Determined to succeed in the classroom, I spent much of my lunch hours with teachers trying to catch up on material and doing tutorials,” he said. The perseverance paid off: Jeremy finished in the top 15 percent of his school, one of the strongest academically in the state of Texas.
Read Part 2: Meet the other 2020 scholarship recipients.

Learn about Transformation of the Global Workforce: Remote Work, a new Worldwide ERC® study of insights from CHROs on... 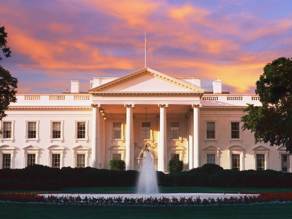 Policies Should Support Work ANYWHERE, Be AGILE and Should Be ATTENTIVE to the Needs of Employers and Workers Alike 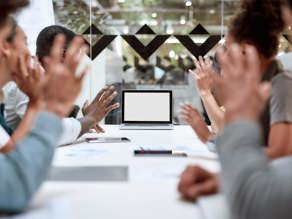