U.S. immigration backlogs are damaging employers, workers, and the economy

During the Trump administration, immigration inflows slowed, but the numbers of foreign workers entering the U.S. collapsed due to pandemic-driven closures. Between fiscal years 2016 and 2020, the number of visas issued fell by more than 60%.

There were 11 million job openings in the U.S. at the end of October, according to the Labor Department. And US companies, which were already feeling the strain of a worker shortage as 4 million people quit their jobs in October, are now seeing employees leave jobs because they can't legally work until their permits are renewed.

A whopping 1.3 million employment authorization applications were still pending during the summer of 2021. That’s double the size of the backlog that existed right before covid-19 reached the United States, and it’s triple the number from the quarter just before Donald Trump took office. US Citizenship and Immigration Services — which adjudicates and approves work permits — says this backlog includes initial applications and renewals.

Additionally, an estimated 1.5 million immigrations are waiting for employment-based green cards. Green cards would allow these workers to stay in the US permanently, but only 140,000 green cards are available each year.

Foreign nationals already in the US have been waiting for months or even over a year for their employment authorization to be approved or extended. These processing delays have forced some people with expired work permits to quit their jobs and leave the US.

Terminations that result from these delays affect more than workers. The National Association of Business Economics found that nearly half (47%) of respondents to a recent survey reported a shortage of skilled workers.

Visa delays have been exasperated by the pandemic, but processing problems started years ago

For companies, the months-long delays in renewing work permits have been disruptive. And for workers, what should be routine paperwork, has turned into a life-changing situation. For most immigrants, renewing an existing work permit was once relatively straightforward. In recent years, the average processing time was two to three months. Some USCIS field offices estimate that applications are now taking 9.5 to 11 months to process.

The time it takes to adjudicate on each application isn’t the cause of the backlog, but the task isn’t a quick one. On average, USCIS employees spend only 12 minutes before making a decision on an employment authorization application, according to a 2019 agency estimate. The visa adjudication speed standard is 20 visa interviews per hour or 120 per day, and officers often face enormous pressure to move as quickly as possible.

Officials argue that the actual catalyst of the current backlog is pre-pandemic red tape and other obstacles that increased costs for USCIS, which led to budget cuts, new hire freezes, and laid-off contractors. Covid safety measures then further slowed processing.

Currently, the Biden administration has been working on improving the various backlogs at USCIS through policy changes, paying overtime, and hiring new personnel. USCIS is also trying to streamline operations to resolve delays. Success is vital not only to US businesses and foreign workers but also to the US economy. The ability to obtain a visa without delay for those who wish to study, visit, or legally work will be key to reviving the post-pandemic US economy. 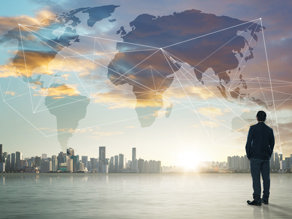 Despite progress made last year, the state of global immigration remains complex, primarily due to constantly-changin...

Affordability and cost-of-living are driving remarkable population shifts southward and to rural areas even as they k...

Mobility Skills for a Lifetime