Two new rules from the United States Department of Labor (DOL) and the United States Citizenship and Immigration Services (USCIS), respectively that would make hiring foreign nationals more difficult have been finalized.

What is the status of the DOL’s H-1B Wage Prioritization Rule?

On 8 October 2020, the U.S. Department of Labor (DOL) released an interim final rule (IFR) that would require employers to increase what they pay H-1B beneficiaries. Administration officials have argued that the H-1B visa program has been taken advantage of to the detriment of U.S.-born workers. These wage increases will make it difficult for companies to hire high-skilled foreign nationals that fill critical roles in the U.S. This rule is now moving to a final regulation.

Worldwide ERC® filed comment on the rule in November, arguing on behalf of the workforce mobility industry that the rule will harm employers and jeopardize the hiring of foreign talent. Worldwide ERC® requested that the Department withdraw this rule and work with our organization and other stakeholders to review the issues through a Notice of Proposed Rulemaking – in order to achieve a workable system that is fair, competitive and predictable.

What is the status of the USCIS’s Wage-Based Lottery System for H-1B Visas?

On 2 November 2020, the United States Citizenship and Immigration Services (USCIS) released a new rule that will prioritize the selection of H-1B cases based on the highest wage levels established under the Standard Occupational Classification (SOC) codes within the subject area of employment. The proposed rule change, when combined with a new wage rule released by the Department of Labor, severely limits the amount of high-skilled foreign talent U.S.-based employers can hire. The rule is now at the desk of the Office of the Federal Register, to be published on 8 January and effective 60 days later, or on 9 March.

Worldwide ERC® filed comment on the rule in December, arguing on behalf of the workforce mobility industry that the proposed rule would shut out of the U.S. labor market talent who are at the start or midpoint of their career as well as impose undue burdens on emerging and smaller businesses. The rule would also negatively impact students from U.S. universities seeking to change to H-1B status, and shut out otherwise qualified and highly skilled but entry level health care workers, who are particularly critical as the U.S. continues to fight the COVID-19 pandemic.

There are three possible next steps for these two rules. First, the Biden administration could issue a 60-day delay on the effective date of any final rule not yet in effect. Second, a lawsuit could be filed challenging the wage prioritization rule as illegal under the Immigration and Nationality Act that requires H-1B adjudications to occur in the order petitions are received. Third, Congress could disapprove of the new rules under the Congressional Review Act, which is now possible under a Democrat-led Congress.

The hiring of foreign nationals in the U.S. forms one of the many bedrocks to workforce mobility. The new DOL rule would severely restrict companies’ ability to hire high-skilled foreign talent by imposing additional criteria and raising the wage of H-1B applicants, putting companies in a difficult position as they may be required to pay foreign national workers more than their U.S. workers in order to fill key positions. The new USCIS rule would further negatively impact U.S. businesses working to hire needed foreign talent, and the workforce mobility industry professionals who facilitate and support the hiring and moving of such talent. Worldwide ERC® will continue to provide updates to this issue, and should any member have questions, please reach out to our Vice President of Member Engagement and Public Policy Rebecca Peters, rpeters@worldwideerc.org. 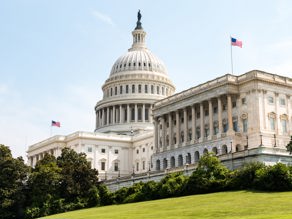