China has recently made major developments in their efforts to attract foreign talent. Changes in the visa process and permit requirements as well as developments within newly expanded trade zones will make relocating to China much easier while aiming to attract additional foreign talent to the region.

The changes that went into effect 1 August 2019 make the visa application process easier for foreign talent seeking employment opportunities in China. The changes expand eligibility, relax the requirements for visas and permits, expand the definition of “talent,” and mandate the establishment of immigration centers in largely populated areas.

In expanding eligibility, highly skilled professionals who meet certain labor needs are eligible for an expedited work visa or permanent residence. The spouses and children of these highly skilled professionals will be similarly eligible. Newly established qualifications also include foreign workers who have spent four consecutive years in China, earned at least six times more than the average regional wage, and pay 20 percent more than the standard amount in income taxes. Additionally, highly skilled foreign professionals of Chinese descent with a doctoral degree or more than four consecutive years working in certain development areas also may apply for permanent residence.

Foreign experts and scholars invited by higher education and research institutes to come to China are eligible to apply for a port visa and may then convert it into a residence permit for less than five years. Employees of start-ups in key industries are also eligible for residence permits for up to five years. Foreigners who have been approved based on their in-demand skill or industry may refer similarly qualified foreigners through an expanded reference system. Finally, foreign workers at Chinese businesses who have been employed for two consecutive years may apply for a work residence permit for a period of up to five years.

The expanded definition of talent now includes those working in higher education or businesses working to support entrepreneurship, recent graduates from international institutions, and those interning in China. Eligible workers benefit from newly established immigration centers that will provide crucial services such as language translation and legal assistance.

Additional changes that will take place on 1 September 2019 are set to draw foreign talent to Shanghai. The Shanghai municipal government recently expanded its free trade zone. Under the Free Trade Zone (FTZ), special tax policies apply to goods entering from abroad, allowing them to be duty-free. Additionally, corporate income tax rates in preferred industries such as artificial intelligence and biomedicine have been reduced.

A development fund of more than 100 billion yuan (US $14 million) is evidence of a focus on talent. The fund offers foreign workers with special kills income and housing subsidies to come work in the FTZ. According to the South China Morning Post, these subsidies will offset the difference between lower income tax rates in Hong Kong and the higher income tax rates in Shanghai. Fixed-price housing and the development of new flats for these workers are also part of these new plans. Work permits will be given to overseas students who wish to start new businesses, while foreign students who already work in the FTZ will receive the Shanghai Overseas Talent Residence Permit.

Foreign talent have a variety of options in China that will allow them to transition to living there through these new visa and residency requirements. China is positioning itself to attract highly skilled foreign talent by meeting their visa, residency, and housing needs.

Research shows that the increase in remote work options as well as concerns related to COVID-19 has American workers... 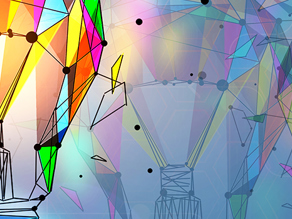 Cartus and Realogy leaders share how their company has reimagined—and will continue to reimagine—their strategies for... 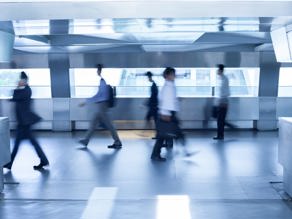