Federally mandated regulations required states to pass legislation on the registration of appraisal management companies and minimum requirements for how they provide appraisal services.

Massachusetts and New York were the last two states to implement regulations on the registry of appraisal management companies (AMCs). The states did not act by the initial August 2018 deadline, but were granted a one-year extension by the Appraisal Subcommittee of the Federal Financial Institutions Examination Council because their legislatures had made substantial progress on registry legislation. States had a strong incentive to meet the deadline of 10 August 2018. Had they not, even AMCs that provide appraisal services and meet the registration requirement threshold would have been prohibited from performing services in the state in support of a federally related transaction.

The regulations directly impact appraisal management companies. Regulators in certain states have determined that the laws apply to relocation management companies (RMCs) as well. This creates additional regulatory requirements for companies and increased costs associated with the application and renewal fees for registering as an AMC. The Appraisal Institute® had provided state regulators and legislators with sample draft AMC regulations. Lawmakers in some states drafted their own regulations, although most followed the template but made notable changes to the sample language.

Most states require a registration fee and subsequent renewal fee for AMCs. These fees can range from a couple hundred to a few thousand dollars. Several states also require a surety bond that can be as high as $50,000 or more. Most states define an AMC as an entity conducting appraisals for creditors or secondary mortgage market participants for the purpose of a consumer credit transaction. While Worldwide ERC® interprets the sample language as not applying to RMCs, our position should not be construed as advice and we recommend that RMCs consult counsel as to whether the regulations in each state in which they operate apply to their appraisal services. A number of states deviated from the definition and several state regulators have interpreted the adopted language by the legislature as applying to RMCs.

Section 1473 of the Dodd-Frank Wall Street Reform and Consumer Protection Act directed federal financial institution regulatory agencies and the Consumer Financial Protection Bureau to issue a joint rule establishing minimum requirements to be implemented by states regarding the registration and supervision of appraisal management companies. The requirements mandate that 1) only qualified appraisers be used for federally related transactions, 2) appraisals comply with the Uniform Standards of Professional Appraisal Practice and 3) appraisals be conducted independently from influence. The law also allowed states to impose fees on AMCs applying and renewing their registration.

For historical context, the Office of the Comptroller of the Currency (OCC), along with five other federal financial regulators, formally issued the long-awaited joint proposed rule on minimum standards for state registration and regulation of AMCs in early April 2014. On 9 June 2015, the agencies issued a final rule in the Federal Register. The publication of the rule was a formality, as the requirements were already outlined within section 1473 of the Dodd-Frank Act, which allowed a majority of states to enact regulations before the final rule was issued. States had three years from the effective date, 10 August 2018, to enact regulations. 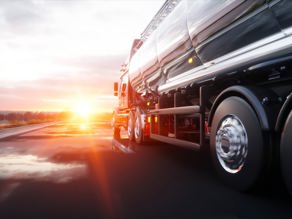 USMCA will take effect on 1 June, now that Canada has vote to approve the agreement. 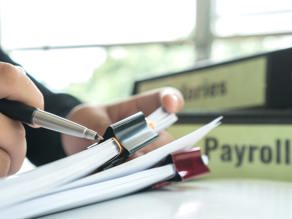 Worldwide ERC® Summarizes Key Aspects of the CARES A...

With the continued economic impacts COVID-19 is having on the U.S. economy, the government passed a series of relief... 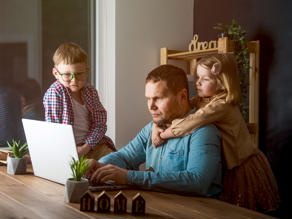 By declaring a national emergency on 13 March, President Trump triggered provisions of the Internal Revenue code that...

Create your own policies with our DIY policy builder

Get everything you need to run a new mobility program or improve your existing program with our cloud based, interactive Program Document Creator.