The Global Race for Talent Paints a Picture of Competing Policies

A new study shows that countries who prioritize the mobility of foreign-born talent are more likely to reap the economic benefits, demonstrating the importance of global talent mobility.

Foreign-born talent accounts for a large percentage of a country’s economic success and innovation. Since 2000, roughly one-third of all U.S. Nobel Prize laureates in chemistry, medicine, and physics were immigrants. Of Fortune 500 companies, more than 40 percent were founded by immigrants or their children. And government data shows that almost one-third of U.S. college-educated science and engineering workers are foreign-born. Economists say that that foreign-born talent accounted for between 30 and 50 percent of the aggregate productivity growth in the United States between 1990 and 2010, in addition to boosting the job prospects of native-born U.S. citizens. Such data points to the significance of the free flow of skilled talent throughout not just the U.S. but the rest of the world.

In a report from the Graduate Management Admission Council (GMAC) titled Early Warning Signals: Winners and Losers in the Global Race for Talent, the authors argue that the need for skilled talent in the workforce is more important than ever. While competitive economies across various regions may continue to look inward to their own countries to identify talent, it may not be enough for them to remain competitive. Bringing talent in from elsewhere is a crucial step in ensuring vital economic growth for most countries, yet nationalism and anti-immigration sentiment in certain regions can stand in the way. The report concludes that a healthy economy depends on the flow of skilled talent in regions where their skills and labor are needed, further illustrating mobility’s importance in the job market.

A vital means of attracting this talent is business schools, which the report argues act as the gatekeepers to skilled immigration and developing talent. The U.S. saw a 13.7 percent decline in international business school applications in 2019, which is most likely the result of the changes to the H-1B visa cap, resulting in “far fewer job opportunities for international students upon graduation and greater uncertainty about a future in the United States.” Some businesses have adopted Optional Practical Training (OPT) where international graduates or students can gain one year of practical training in their field of study, all in an effort to retain international students, especially those with STEM skills. However, fears of not being able to get a job after graduation as well as safety concerns have kept high-skilled immigrants from India and China from opting to enroll in U.S. business schools.

Leaders of top U.S. business schools, including Yale, Columbia, Stanford, Duke and New York University, are experiencing this frustration. They sent a letter to U.S. President Donald Trump and Congress urging them to let in more high-skilled foreign workers. They are calling for a removal of the limits on visas granted to individual countries and to reform the H-1B visa program to increase the chances that top skilled talent gains entry to the U.S. Additionally, they propose a “heartland visa” to encourage the flow of such skilled workers to parts of the U.S. “that could most use the vitality of these talented individuals.”

The report looks beyond the U.S. to compare policies. Canada has adopted more welcoming approaches to immigration in order to attract skilled talent. “In 2014, the Canadian government set an ambitious goal of attracting 450,000 international students by 2022—double 2011 numbers. It met that goal in 2017, and there are now 572,000 foreign students attending Canadian institutions of higher education at all levels.” And despite the looming concerns and confusion over Brexit in the U.K., Prime Minister Boris Johnson announced the return of longer post-study work visas where eligible international students can work, or look for employment at any skill level, for two years after completing their studies. There is no cap on the number of students who can apply. For more information about Canadian immigration see: “How Canada Raises the Bar for Attracting Foreign Skilled Talent.”

The report also looks at India, where many students opt to obtain a master’s in business abroad because of the ability to build a career in that country afterward. Indian students have recently shifted their attention from the U.S. to Canada, France, Germany, the U.K. and Singapore. Despite this, Indian schools are now looking to internationalize their classrooms in an effort to attract foreign-born talent and increase Indian job creation. Finally, the report looks at China, where a survey of 1,200 Chinese firms by Hays found 97 percent “struggling to find skilled individuals,” on top of the country’s aging population and declining birthrate. However, around 7,000 Chinese scientists, academics and entrepreneurs living abroad have come back to China as a result of government efforts such as the National Medium-and Long-Term Talent Development Plan and the Thousand Talents Plan (TTP).

As different countries adopt new policies or change their existing rules to attract more highly skilled talent, the result will not only be the exciting opportunities for innovation but also economic growth. Whether managing talent to or from the U.S., U.K., Canada, India or China, these economic powerhouses provide their own unique approaches to handling foreign-born talent and demonstrate that the mobility industry is more important than ever. 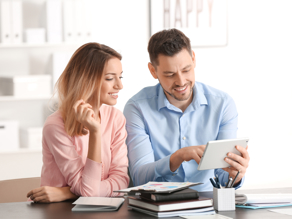 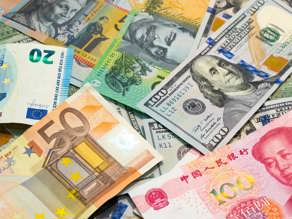 Helping expats maintain financial stability in the course of an international career is important and begins with rel...