On 6 January, the U.S. Department of Labor (DOL) released the final independent contractor rule, which clarifies the standards in classifying an employee vs. an independent contractor. This rule falls under the Fair Labor Standards Act, a labor law that establishes standards for employees regarding minimum wage, overtime pay, etc. in the private sector as well as Federal, State, and local governments.

The final rule clarified the two core factors used to determine whether a worker is considered an independent contractor: the nature and degree of control over their work, and the worker’s opportunity for loss or profit based on investment. It also provides three additional guideposts to factor into the determination: the amount of skill required for the work, the degree of permanence of the working relationship between the worker and the potential employer, and whether the work is part of an integrated unit of production.

This final independent contractor rule is currently set to be effective 8 March, but the Biden Administration is likely to freeze the regulation, instead favoring classifying workers as employees rather than independent contractors. The new rule will need to go through the formal rulemaking process with a notice and comment period, so the business community will be watching to see the outcome of the Administration’s decision-making process.

Real estate and other mobility professionals classified as independent contractors are a crucial component of the workforce mobility industry, and it’s important that the DOL provides a clear and consistent standard for evaluating worker status that allows these professionals to be independent contractors. Should any member have questions regarding this matter, please reach out to our Vice President of Member Engagement and Public Policy Rebecca Peters, rpeters@worldwideerc.org. 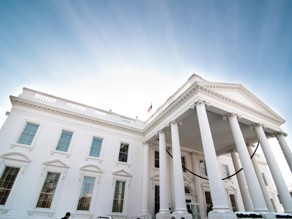