The Tax Cuts and Jobs Act (TCJA) made major changes to the tax law that affected withholding, including the elimination of personal exemptions, an increase to the standard deduction and child tax credits, and the elimination or curtailment of numerous individual tax deductions. As a result, the withholding tables for use in 2018 were substantially changed, but an earlier attempt to revise the Form W-4 generated complaints that it was too complicated and intrusive of privacy. As a result, the IRS advised taxpayers to continue to use the old Form W-4 for 2018 and mounted a campaign to encourage them to use the IRS online calculator to determine if their withholding needed to be adjusted. Nevertheless, many taxpayers were under-withheld in 2018, resulting in lower refunds and two rounds of penalty relief from the IRS during the filing season.

The proposed W-4, when adopted, will be required for all employees beginning work after 2019, but existing employees can continue to be withheld under their existing Form W-4 unless they opt to change their withholding.

The proposed Form seeks to strike a balance between simplicity, accuracy, and privacy, and seems generally to have achieved those goals. Gone are the lengthy worksheets that were required under the old form. And withholding allowances, which were based on personal exemptions, are also gone. The new form allows for a relatively simple series of steps under which employees with situations that might require more or less withholding are able to customize their withholding.

For example, a common cause of under-withholding is employees with more than one job, or a working spouse. The proposed form offers three options to deal with those circumstances, ranging from using the online IRS calculator (best accuracy) to simply checking a box that will allow the IRS to adjust withholding based on dividing the standard deduction between spouses (less accurate, but very simple).

The form also allows fairly simple adjustments for the number of dependent credits, for income other than wages, and for taxpayers who expect itemized deductions to exceed the standard deduction.

However, the decision to allow continued use of pre-existing forms W-4 will result in employers needing to maintain two separate withholding systems. Existing systems will also need to be reprogrammed to process and use data from the new forms. The IRS said that the same withholding tables will be used for both forms.

Comments are due on the proposed form by July 1, and the IRS expects to issue a final draft by mid-July to enable the necessary reprogramming of payroll systems by the beginning of 2020.

In the meantime, IRS announced June 10 a week-long campaign to encourage taxpayers to do a “Paycheck Checkup” using the IRS online tool to ensure they are having the right amount withheld.

How This Impacts Mobility
All payroll systems will need to be reprogrammed to allow use of the new form and its data, but fewer employees will experience inaccurate withholding once the form is in use.

The U.S. Supreme Court issued a 5-4 ruling that the President has the authority at will to remove the Director of the... 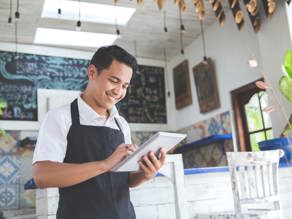