The U.S. Senate Finance Committee held a hearing on 25 March on “How U.S. International Tax Policy Impacts American Workers, Jobs and Investments” and in early April revealed their framework to overhaul international taxation.

This overhaul of international taxation represents the type of revision that is an important component to President’s Biden’s economic policy, and key to generating more tax dollars needed to fund his Build Back Better (BBB) plan as well as ensuring the competitiveness of U.S. headquartered companies competing on the global stage.

Biden campaigned on the need for infrastructure improvements and proposed early on the need to raise the corporate tax rate and taxes for wealthy individuals to fund the BBB plan and support COVID relief and economic stimulus.

The President proposes to impose a 21% minimum tax on U.S. companies’ foreign income, to raise taxes on some foreign companies’ U.S. operations, and remove some export incentives.

The increased federal tax rate coupled with state and local taxes would move the U.S. combined rate once again to one of the highest of all the other Organization of Economic Cooperation and Development (OECD) members. To combat this effect and help prevent foreign companies from gaining a significant advantage over U.S. based companies, U.S. Treasury Secretary Janet Yellen endorses the proposal of a global minimum corporate tax – a global coordination of an international tax that would apply to multinational companies regardless of where they maintain their headquarters.

Without stable, competitive taxing schemes and unified support of the 37 member countries of the OECD, countries risk a flight of businesses to low tax “safe havens.” This risks a country’s ability to invest in essential public goods and respond to crises and in general remain competitive, due to loss of tax revenue. In other words, the adoption of a global minimum tax rate will narrow the otherwise large spread between what will be our new combined tax rates in the U.S. and what other countries charge, thus evening the playing field and allowing the U.S. to remain competitive.

Secretary Yellen’s remarks come as finance ministers prepare to gather virtually for semiannual meetings of the International Monetary Fund – whose members include almost all the OECD members, and the World Bank.

International tax laws are complex and may affect multinational corporations to a greater degree than smaller companies. Even more so, a failed overhaul of these laws will affect the mobility industry nonetheless.

There are many details needing adoption, not only within the U.S. Congress with each party bringing their own proposals to the table, but cooperation from key foreign countries as well.

Whether the confluence of ideology and economic theory will bring compromise or confrontation is still unknown, but the U.S. does not want multinational businesses to view it as a high tax country.

Such a global view incentivizes companies to place assets offshore - or worse, encourage the tax avoidance method of inversion in which a current U.S. parent company becomes the subsidiary of the foreign parent, thus moving its tax residence to the lower-taxing foreign country. It benefits us all to retain and encourage U.S. investment.

Should any member have questions, please reach out to our Vice President of Member Engagement and Public Policy, rpeters@worldwideerc.org. 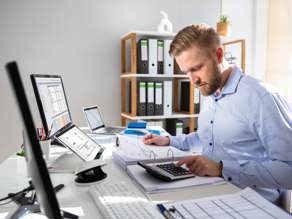