Fairness for High-Skilled Immigration Act (H.R. 1044, S. 386) – Participants asked congressional staff to request that their respective members of Congress support this legislation and for Senators to cosponsor S. 386.  H.R. 1044 and S. 386 by Representatives Lofgren (D-CA) and Buck (R-CO). The proposed legislation would eliminate the current 7% cap on the percentage of annual green cards available to workers from any one country. On 10 July, the House passed H.R. 1044 by a wide margin. Just prior to the Hill Day, Senate leadership had planned for the Senate to consider H.R. 1044 but Senators Purdue (R-GA) and Paul (R-KY) objected over concerns about not enough nurses from outside the U.S. being eligible for green cards to help solve the nursing shortage in rural areas.  Attendees from Georgia met with staff of Senator Purdue who informed them that the concerns of the Senator had been addressed. 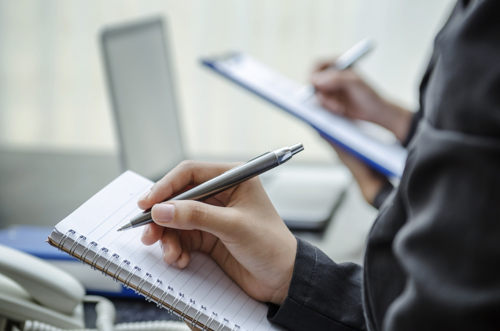 Moving Americans Privacy Protection Act (H.R. 2521, S. 1302) – The American Moving and Storage Association (AMSA), International Association of Movers (IAM), Worldwide ERC® and a dozen other organizations have been leading the charge to protect the personally identifiable information (PII) of mobile employees shipping their personal household goods to the U.S. Staffers hearing the discussion of this greeted Hill Day attendees with primarily overwhelming support for becoming cosponsors of H.R. 2521 or S. 1302 but indicated they need to run the request by the Member of Congress. The Moving Americans Privacy Protection Act by Representatives Christ (D-FL) and Waltz and Senators Daines (R-MT) and Peters (D-MI) would direct Customs and Border Patrol to remove the PII before the agency sells the vessel shipping manifests to data brokers who post the information online for their subscribers.

Mobile Workforce State Income Tax Simplification Act (S. 604) – Attendees asked Senate offices to cosponsor S. 604 by Senators Thune (R-SD) and Brown (D-OH), which would establish a uniform rule that states would tax workers only if they spent more than 30 days working in that particular state. When meeting with House staff, the request was for the Representative to introduce a House companion bill to S. 604 and to support the issue.

The Capitol Hill Day on 1 October was the inaugural fly-in event for Worldwide ERC® and we plan on hosting the events semi-annually.  The event is open to all Worldwide ERC® members and we strongly encourage you to participate in the next fly-in which is scheduled for this coming April or May.

We will be providing more details about the specific issues raised during Capitol Hill at the respective Government Affairs Forum meetings at the Worldwide ERC® Global Workforce Symposium in Boston next week.

The U.S. Congress passed a massive economic relief bill to help with the effects of restrictions imposed to slow the...

Mobile Employees May Be Affected by Relief Checks Ca...

The proposed coronavirus relief package defines the amounts to be given to taxpayers based on their adjusted gross in...

The U.S. State Department is advising U.S. citizens against international travel and is only expediting the processin...