The second of a two-part series highlighting the personal stories that students shared in winning essays via a scholarship partnership program between the Worldwide ERC® Foundation and participating regional relocation groups.

Relocation for even a seasoned global mobility employee can be a challenging adjustment. For teens approaching the end of their high school years, those moves can be especially stressful. High schoolers who have navigated it say being open minded, seeking out new friends and getting involved are keys to success.
That’s according to the 13 high school students awarded $1,000 scholarships this spring through the Worldwide ERC® Foundation for Workforce Mobility and participating regional relocation groups. Each year, Worldwide ERC® and participating Worldwide ERC®–recognized regional relocation groups invite high school students with relocation experience to submit essays sharing their personal stories, what they learned from their move (or moves), and/or what advice they might have for other young students going through the same process. Regional groups select an award-winning essay, and the students receive funds in support of future endeavors.

In this second in a two-part blog series, we introduce you to some more of these students’ stories.

Perhaps no one understands the power of friendship more than Payton Sapeltal. A cross-country move, at first terrifying, quickly turned positive through newfound friendships. “On the first day at my new school, I was terrified, but the people were surprisingly welcoming. My heart was warmed by the kindness these people had in their hearts. I never thought it would be this easy to make friends, especially in high school,” Payton says. But, another move soon after brought loneliness and depression. With the help of family, friends and professionals, Payton persevered to find happiness. “Moving was the worst thing that could have ever happened to me, but it shaped the person I am today,” Payton says. “All of my low moments have led to stronger bones. I am extremely happy with my life, and for all of the people in it. I am grateful for my experience because I know when it comes time to move away for college, I will be ready.“

When Andrews Wiredu moved from Ghana to the Bronx in the middle of ninth grade, he faced a vastly different environment of subways, high-rises, cultural diversity and new opportunities. “Meeting people with differing backgrounds, ethnicities, and cultures who spoke languages from all over the world was not expected, and it gave me a sense of comfort. New York was a place where I was able to express myself through my clothing inside and outside of school compared to Ghana where it was required to wear a uniform. I realized when I started school there was room (for) opportunity in America,” he says. “One of those opportunities was getting involved with Opportunity Network which opened doors in traveling, expanding my understanding of the world around me and to overall experience new things. I can honestly say that Opportunity Network has significantly changed my life in more ways than one.”

‘Embrace it! Life is what you make of it. There will be challenges along the way, but you will overcome them, and you might just be stronger because of them.’

Madison Wallace had seen all the movies about high school, and was terrified to enter that reality without the comfort of friends. “Therefore, my first, and most important, challenge after moving to Georgia was to find some friends and form some connections that would make high school life more enjoyable,” she says. “I joined the cross-country team, and that immediately gave me a sense of belonging.”

To succeed in the new school’s tougher academic environment, she learned to be more organized and manage time better. “These skills helped with my workload. Without the move, I may have never developed these important life skills—at least not yet,” she says.

Her advice to others who are relocating: “Embrace it! Life is what you make of it. There will be challenges along the way, but you will overcome them, and you might just be stronger because of them. Get involved. Join something you are passionate about or that interests you. Chances are you will meet some friends with similar interests and form bonds that make life so much more enjoyable. Finally, challenge yourself.  Strive to reach your full potential. Don’t live life on cruise control.”

Julianna Shimabukuro, who moved from Los Angeles to San Francisco to Virginia during her high school years, shares similar advice: “Try to think of the benefits of moving, such as expanding your exposure to new people and improving your resiliency. Become involved in your community and school, especially with extracurricular activities and volunteering.”

She took her own advice, training to become a Richmond SPCA volunteer, logging more than 300 hours while meeting and befriending other people. “Moving can take an emotional toll on your mindset,” she says, “but if you continue to persevere, there is sure to be a light at the end of the tunnel.”

When first-generation American Sylvia Mihailescu moved from Wisconsin to Charlotte, North Carolina, she encountered a much larger, more academically rigorous and culturally diverse school with little transition support or counseling. After joining the tennis team, she met other recent transferees experiencing similar “transfer shock.” Together they formed the Nova Panthers Club, whose goal was to smooth the acclimation process for new students.

“The small impact we were able to make on the lives of some new students made us feel we were genuinely contributing to the school,” she says. “The most important thing I learned through this process is that one can only grow when leaving the comfort zone of unfamiliar territory.”

Take the time to learn about the school, area and activities near you.
You have the potential to transform lines of thought and
incite change in your community.

When incoming freshman Ritvik Ramakrishnan learned he would be moving from Philadelphia to North Texas, he wasted no time researching opportunities. The avid tennis player studied up on tennis opportunities and a Saturday night text to the school’s tennis coach turned into an hour-long phone call. “I learned right then that putting yourself out there can make a difference,” he said. He went on to become the top-ranked varsity player and two-year team captain.

By proposing ideas for improving the school, he earned a spot on the Superintendent’s Advisory Council, where he has advocated for everything from expanded class rankings to encouraging more arts and sports involvement. When he realized the area didn’t have STEAM programs for young students, he established Frisco Ignite, whose first STEAM Fair drew 1,000 participants. His advice: “Take the time to learn about the school, area and activities near you. You have the potential to transform lines of thought and incite change in your community.”

Lauren Price thought a seemingly small move – from Birmingham to rural Tennessee – would be relatively easy. What she hadn’t factored in was that her new school would not have the one thing she was most passionate about: volleyball. She turned to club volleyball, where a knee injury while practicing for tryouts turned out to be a blessing. “The resulting surgery forced me to be on crutches for the next several months. In school, people had to help carry my books – and I found that was the perfect opportunity for me to talk to people individually,” she says. “I found that I had more in common with many of the people than I first realized, and we started to build friendships.

“My knee injury drew the attention of several teachers, who, upon learning that I played volleyball, informed me that I could play volleyball for the other in-county school since my school had never fielded a volleyball team.” Once rehabbed, she was able to join their team, where she made new friends and students from the school she attended even began attending games. She says the keys to successful relocation are to get involved, let people get to know you as a person and go out on a limb in trying new things.

This is the second in a two-part series on the Worldwide ERC® Foundation 2020 scholarship recipients.  Read part one here. The Worldwide ERC® Foundation for Workforce Mobility was established in 2004 with a mission to energize the global community through charitable giving. Its vision is that all communities touched by global mobility are actively aware of, inspired by and engaged in our charitable efforts, worldwide.

WECAN Conference Closes with Visions of the Future f...

In case you missed it, the WECAN: Mobility Across the Pond conference took place this week, featuring conversations f... 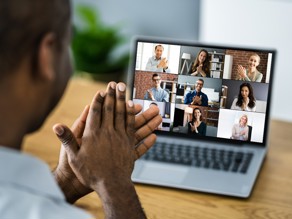 In case you missed it, the first day of the WECAN: Mobility Across the Pond conference kicked off with a joint declar... 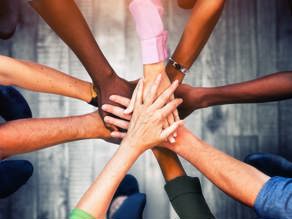 Worldwide ERC®, EuRA, and CERC Join as WECAN to Elev...