Since the Affordable Care Act’s adoption in 2010, the healthcare law has drawn much attention and has been the topic of intense debate. Even today, eight years later, the ACA is still the center of dispute, with the most recent action occurring on November 14, 2018 when a U.S. District judge from Texas ruled the healthcare law as unconstitutional.
‍

This is not the first time there was a focus on shutting down major healthcare system legislation. The ACA has come under intense opposition since its passage, but especially after a Republican administration came into power, and with Congress on its side in both the House of Representatives and Senate, it took pointed attempts to repeal the legislation.

While these attempts to repeal and replace the legislation proved unsuccessful, the Republican-controlled executive and legislative branches still found a way to dismantle the ACA through a piecemeal approach rather than complete overhaul. The Republican-controlled Congress included repeal of the individual mandate in H.R. 1; the Tax Cuts and Jobs Act that passed the House, Senate and was signed into law by President Trump on December 22, 2017. The legislation stipulated that the individual mandate penalty would be zero - or effectively repealed - starting in 2019.

The individual mandate is a mandate under the ACA that requires every single American to purchase minimum essential health coverage or pay a penalty when filing your annual federal tax return. This policy served as a balancing figure of the ACA as a way to ensure that both less healthy as well as healthy people who may not always use their health insurance purchase insurance, and therefore balance out premium and overall costs to consumers. Republicans - and specifically the Trump administration - have been eager to remove the individual mandate and have also taken steps such as expanding hardship exemptions so that less consumers are subject to the penalty.

U.S. District Judge Reed O’Connor in Fort Worth ruled the ACA as unconstitutional, based on the individual mandate penalty being zeroed out in the tax reform bill, therefore invalidating the ACA in its entirety. Essentially, because the individual mandate was determined to be unconstitutional and is seen as integral to the ACA law as a whole, the law itself should be struck down. This case was raised by 20 Republican state governors and attorney generals. This case will likely rise to an appeal in the Supreme Court. The administration has made it clear that no 2019 plan will be impacted, and they will not attempt to enforce this ruling while the appeals process is still underway.
‍

Changing the terms of current health care coverage will impact the decisions of employees as to whether to change jobs, or may determine which states to which they would be interested in being relocated.  The affordability and minimum coverage requirements of health plans will play a factor for many individuals as to where they work.  The ACA also has provisions such as insurance subsidies that make it easier for individuals to forgo employer-sponsored health plans. 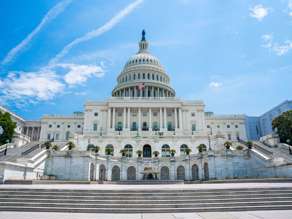 Worldwide ERC® Advocates for Mobility Relief in Next...

China’s new security measure over Hong Kong was signed into law, triggering responses from the U.K. and Australia tha...