The U.S. Internal Revenue Service has updated the list of high-cost housing locations used for expatriate claiming a foreign housing cost exclusion on their U.S. income tax returns under section 911 of the Internal Revenue Code.

Under section 911 of the U.S. tax code, qualifying workers abroad may elect to exclude from U.S. income reimbursements and payments for foreign housing, up to a limit. The limit is computed by first establishing a maximum allowable housing cost, and then subtracting from that a “base housing amount.” For 2020, the maximum housing expense amount is $32,280 and the base housing amount is $17,216. Consequently, absent any adjustment, the largest amount excludable for foreign housing in 2020 is $15,064.

However, the law gives the IRS authority to adjust the maximum housing cost upward for locations in which housing is more expensive. The IRS has done so every year for a number of years, and Notice 2020-13 provides the allowable costs for 2020 in dozens of cities and areas around the world that may be used in lieu of the standard $32,280 limit. As is usual, a few very high-cost locations stand out: Hong Kong leads the list at $114,300, followed by Moscow at $108,000. Other notable high-cost cities include Tokyo at $93,200, Paris at $69,400, Milan at $69,000, London at $71,500, and Singapore at $82,900. Surprisingly, most of the city costs seem to have stayed the same or decreased. For example, Hong Kong, Moscow, Tokyo, and Singapore are unchanged from last year’s limits, while Paris and Milan have both declined slightly. Of those listed, only London went up (from $69,200).

As it has also done in prior years, the IRS provides an option to use the 2020 amounts for 2019 if they are higher.

Companies with employees living abroad save money to the extent the employees are able to exclude foreign housing costs from U.S. income. The new list of heightened amounts for 2020 will allow for additional savings, and companies should also examine whether the 2020 amounts are higher than the 2019 amounts in any locations in which they had employees in 2019, and apply the higher amounts, although that might require amended returns for some employees. 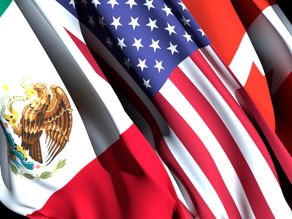